Power Supply Pt. 4: Putting it all together

Since dewinding the transformer took me a bit to get finished, all my other components had shown up and I found a huge heatsink to mount everything on. So I started moving things around on the backplane and figuring out how I wanted to lay things out: 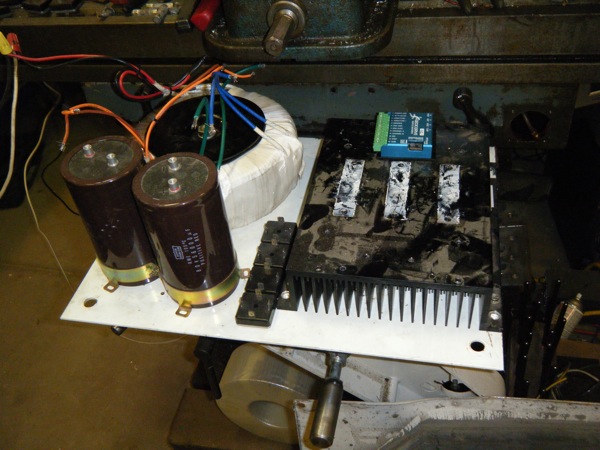 In case you are wondering, the black box is an inrush current limiter. I'm told it uses a resistor to slowly bring the transformer core up to saturation and prevent downstream voltage spikes. Another ebay find for $20 + SH, and cheap insurance if it does what it is advertised to.

I mounted the rectifiers to the heatsink using self-tapping screws which walked and that was (in retrospect) a mistake without doing some proper layout and pre-drilling first. 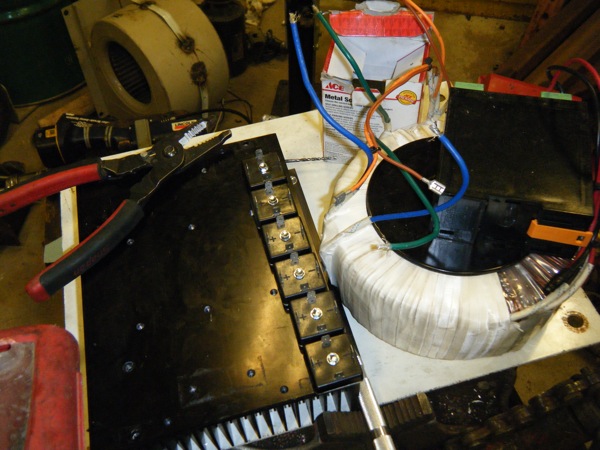 Ugly though it may be, it will still work so I moved on to soldering connectors onto the secondaries of the transformer: 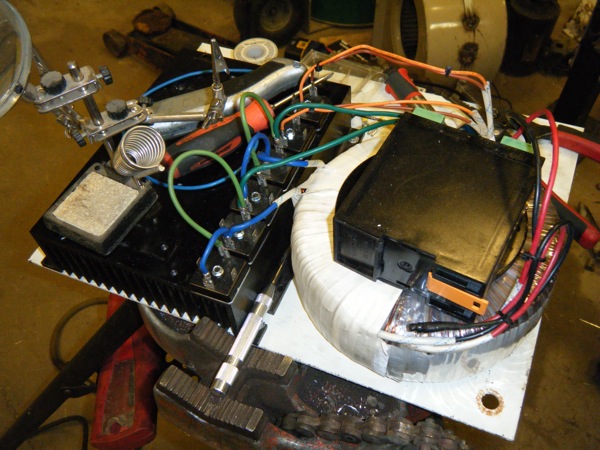 Since I knew that I was going to try and make this look pretty, I took the old nema box off and had it blasted and powder coated, while it was off I used a judicious amount of carb cleaner to get all the oxidized coolant and metal chips off the side of the mill: 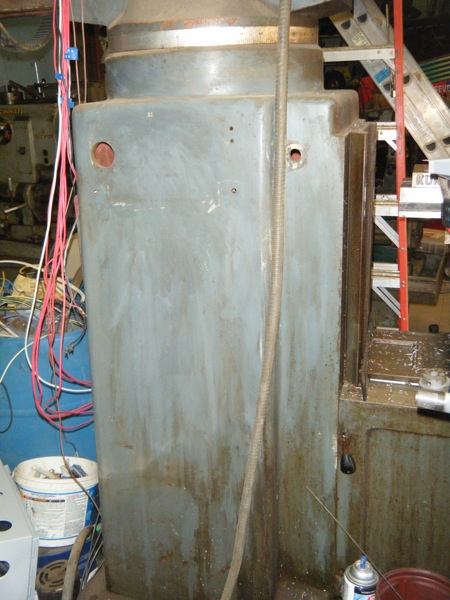 Powdercoater did the outside of the nema box but not the inside (facepalm!): 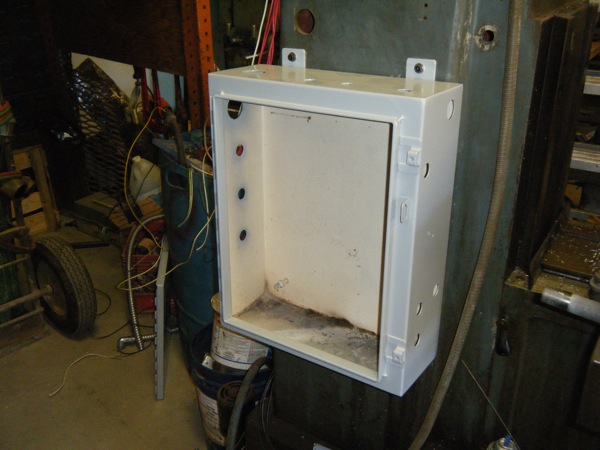 I guess its ok, nobody will see much of it once electronics are mounted anyways right? Grumble grumble… 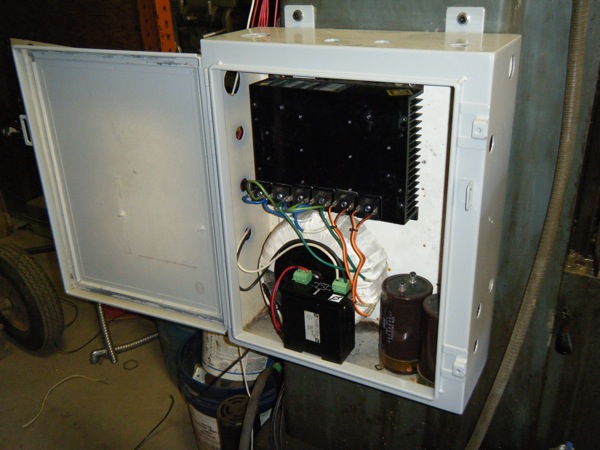 With the filter caps disconnected from the rectifiers and my new OTC portable scope hooked to the rectifier output, I can see the peaks and valleys where the AC voltage is rectified into DC: 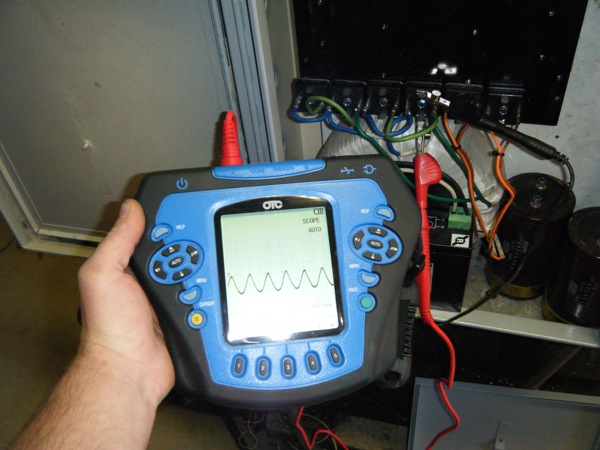 With filter caps connected and no load, I have slightly lower voltage than I anticipated but very smooth power: 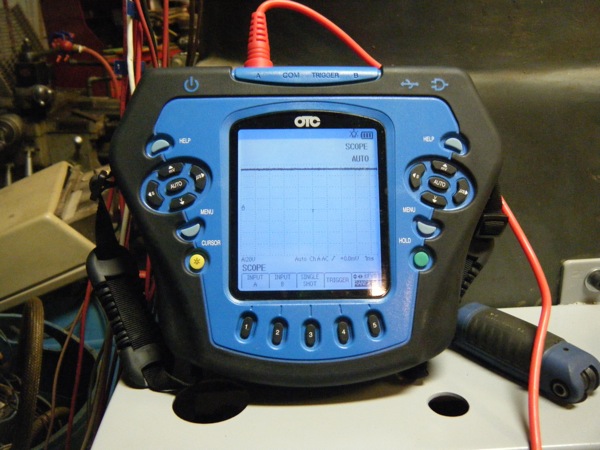 I didn't take any photos, but did hook up a mechanically disconnected servo just to hear it take off and spin at speed. And it was good to hear!
Posted by Greenbuggy at 10:55 PM