Ok so after going on an ebay buying spree my transformer and glass tape arrived and I had some ideas about dewinding the transformer to get my required ~57 VAC. The more complex and time consuming idea was to dewind and re-space the secondaries, but after consulting a couple of friends who are or are becoming EE's I decided to just remove enough turns to get my desired voltage.

I was excited to get things torn apart and didn't take my first picture until I already started removing the original glass tape and a few windings: 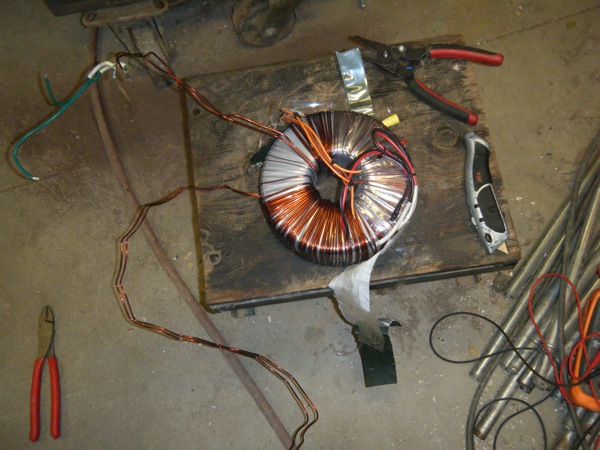 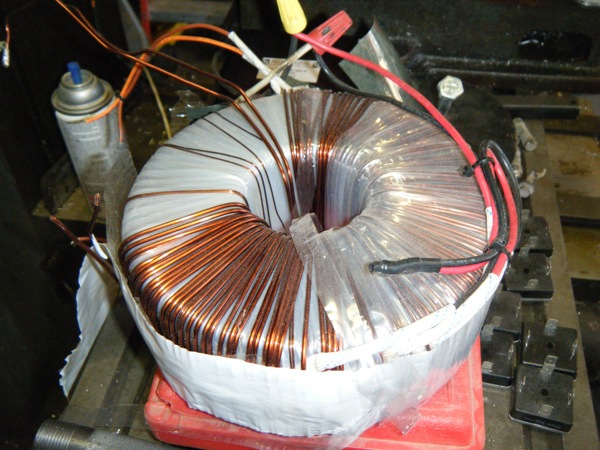 It should go without saying I did so with the power OFF but after removing a few turns I would hook power and my DMM up so that I could monitor change in voltage. During this time I removed no more of the original glass tape or insulator than absolutely necessary. Once I had gotten between 57 and 58 volts AC I cut my secondary output wires short, sanded the ends clean,, and promptly discovered as I was all ready to start re-insulating my transformer that my roll of 3M 27 Glass tape was too wide to fit through the center of my toroid. Crap! 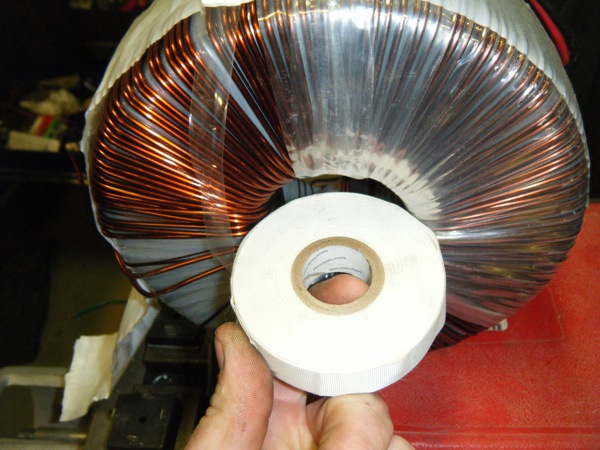 So, noting how large the cardboard center of the glass tape roll was, I used a small impact driver to wrap the tape around a small bolt instead. Success! (forgive the mess) 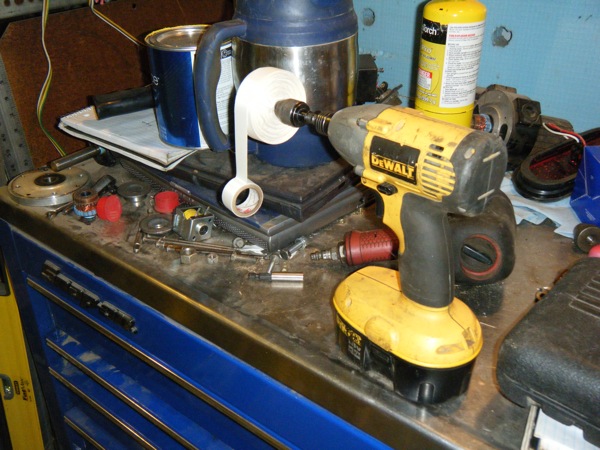 Now I was able to start re-wrapping, careful to keep the loose wires tight and the coils tight as well. I started from where the original tape was still tight and wound near the most complex part (where the most wires meet up near the primary entrance) first, then moved towards the other side of the disturbed sections of transformer: 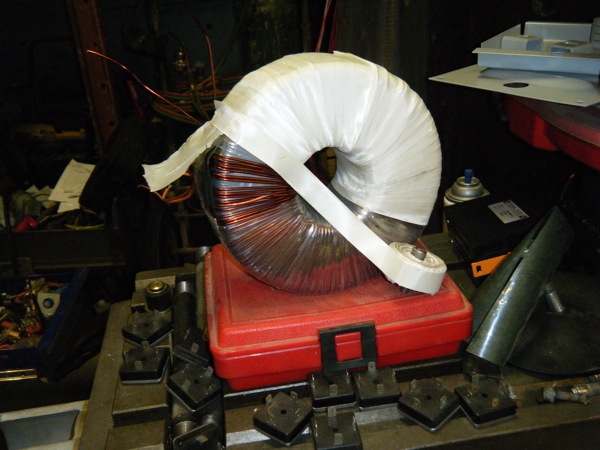 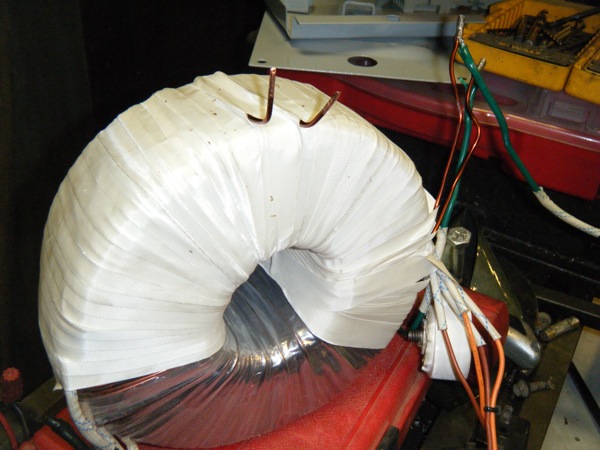 I then re-soldered on my secondary stranded wires and heatshrinked them, before re-wrapping the connections with insulator and glass taping over that too: 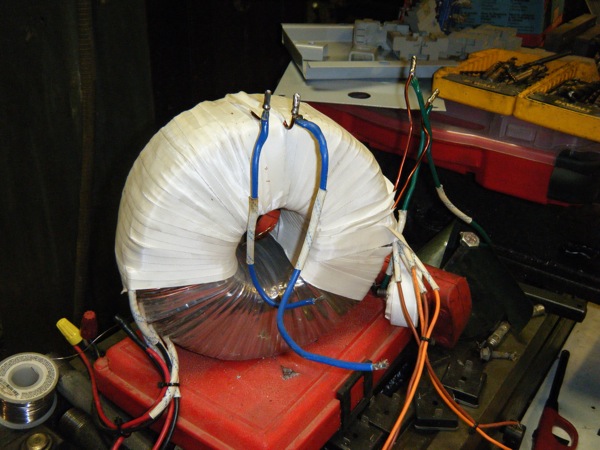 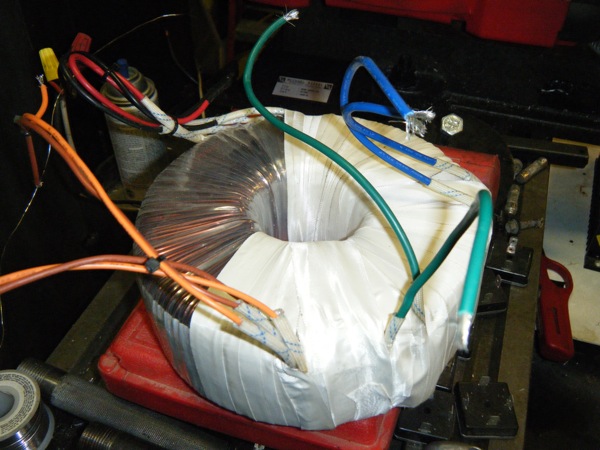