After deciding to ditch the Rutex hardware for Mesa, I did a lot of reading and research and asked a bunch of questions on the LinuxCNC Forums. Ultimately I bought a Mesa 5i20 PCI FPGA card, two 7i29 DC Brushed servo drives, a 7i37TA optoisolated I/O card and a couple of 50-pin ribbon cables to connect the works.

I had also previously been using a free Dell Dimension desktop sitting on a chemical drum to push signals to the Lagun, but it was more test rig than a long-term solution.

I had hoped to find an enclosed, fanless solution but it seemed that almost everything with a case had either no PCI slot or not enough room to fit a full height PCI card inside. After weighing my options and not liking any off-the-shelf solutions, I decided to piece together a system around a mini-ITX main board.

I took a risk since there was no data on the LinuxCNC wiki about this particular board, and bought a WTM-D28 main board powered by an Intel Atom 1.8 and 2g of ram. Internet is handled with a Mini-PCIE wifi card. Onboard video, USB, ethernet and audio, and easy power interfacing with a barrel plug.

I also bought a 120Vac 160 Watt power supply, because I was concerned that once rectified, the low voltage output from my servo power supply would be too high for the mainboard to handle.

The DTM mobo also has a DC-DC converter on board to supply +5V and +12V for the hard drive, although its a 4-pin Molex and the wrong orientation (male). I remedied this by clipping part off a power split wye I had lying around and since I had a SATA drive I intended on using, coupled the Molex-SATA adapter to the former wye and plugged it into the mainboard and hard disk.

About this time I also got myself a display enclosure with a keyboard and trackball from ebay, and mounted it to the top of the mill. For now there's a Dell LCD I pulled the stand off sitting in the enclosure and no shield to protect it from flying chips. 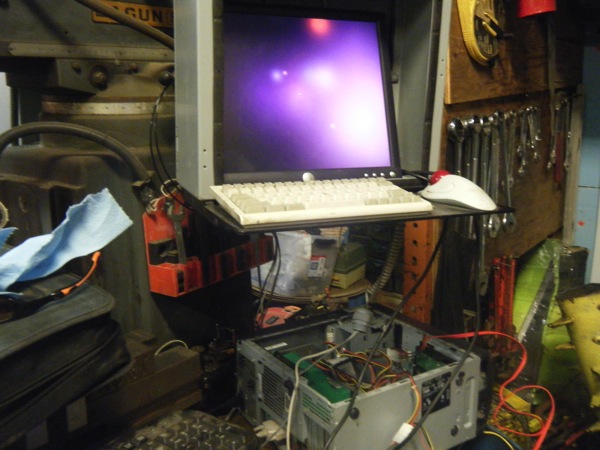 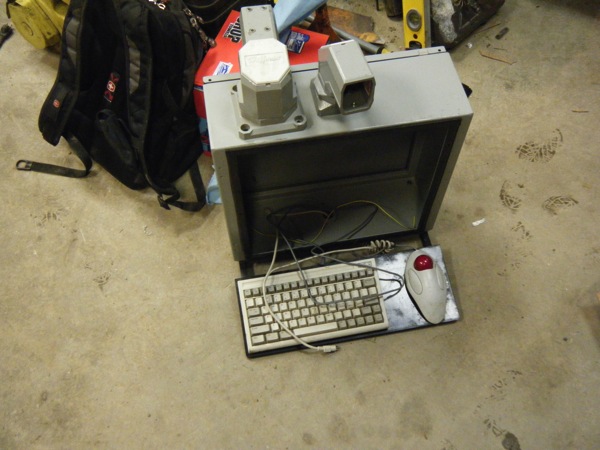 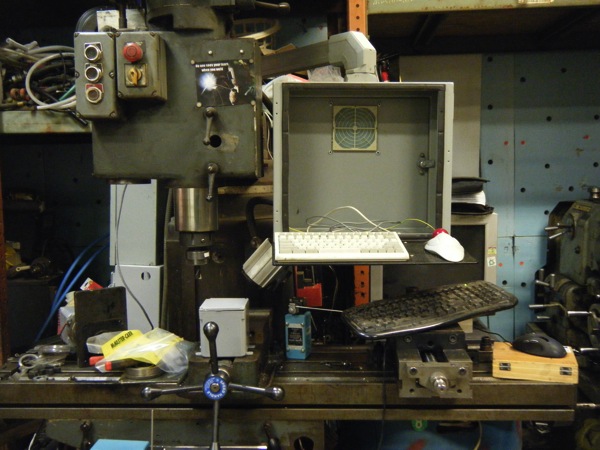 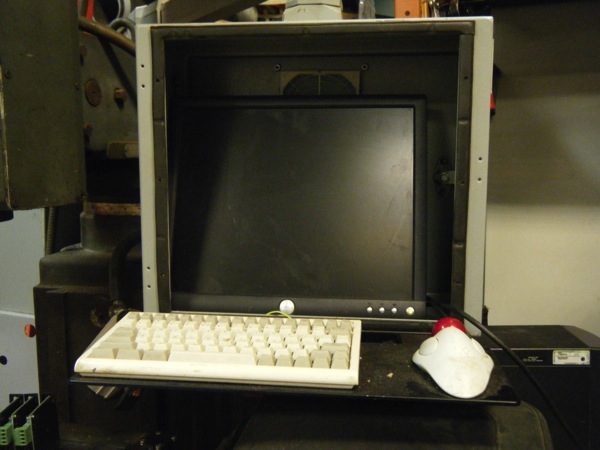 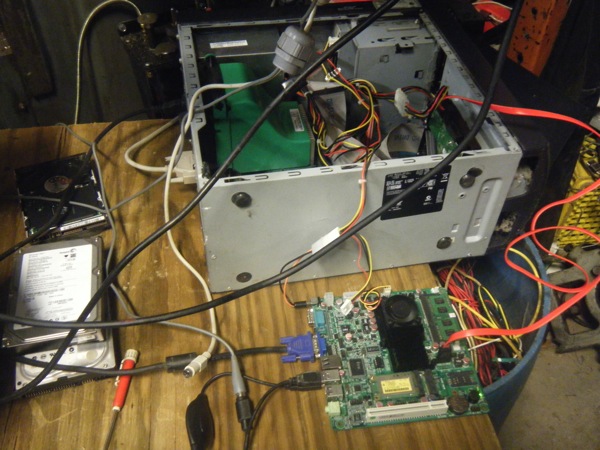